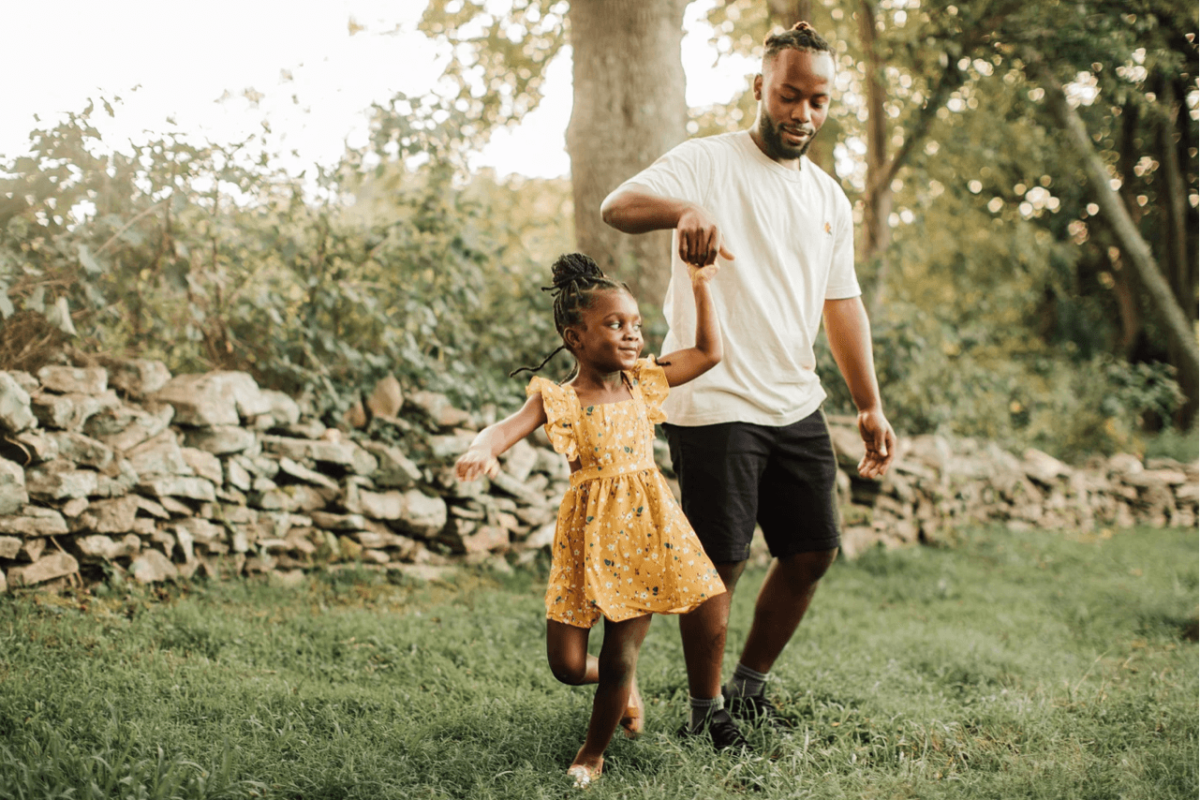 How the role of the Man has changed. Traditional gender roles have faded away and men are dealing with the new expectations of masculinity in different ways. There has been a dramatic evolution in masculinity in the last few years which has contributed to men bottling-up emotions and not asking for help or guidance due to a feeling of being less than. On the flip side, the number of men turning to psychologists is on a steady rise. It has been said that the change in societal norms and roles have eroded the male self-esteem and sense of purpose. Traditional masculinity is about strength, assertiveness, providing – and this has changed.

Another aspect is that men’s earnings and employment prospects have declined over the past decades. They are in competition with women for most jobs, making the workplace a lot tougher to navigate. Men have always been seen as the provider and breadwinner of the family. They had the careers and brought in the money. They made the big family decisions and took charge of their household’s lives. Perhaps this dynamic was not always healthy, but this is how it has been. These days, there is a division of chores. There are households where men do the washing and the cleaning, get the kids ready in the morning and cook dinners, while the woman goes out to work and is the breadwinner. The ‘new masculinity’ is about self-awareness, expressing vulnerability and communicating rather than controlling.

How Men interact with their children. Fathers enrich the lives of their families, their children and the mother of their children. Fathers play the role of a companion and playmate to their children. He offers a paternal viewpoint of caring for his child. Paternal instincts are different from maternal instincts, and how he interacts with the child is different than how the mother does. He is the teacher and more often than not he is a major role model. Most often, the father is the first and most significant male role model in the life of the child, and if that is the situation, he is then helping that child form their ideas of what it means to be a man in the household. Fathers are monitors and disciplinarians. They are seen as a protector.

How the youth of today have been impacted by the way their Fathers were raised. Outdated concepts of masculinity have proved to be dangerous for many reasons. In years gone by, young men have been taught that ‘boys do not cry’ and that they have to be tough and strong. Showing emotions or verbalising these feelings have often been viewed as a sign of weakness in a man. These characteristics are often passed down from generation to generation. There are demanding fathers who push their children to excel, with little or no regard for their children’s actual desires. Children of demanding dads may grow to be demanding parents who have little to no empathy for their own kids.

Then there is the distracted father who constantly works or barely spends time with his kids. An absent father leaves a void in his children’s lives that only he can fill. A child of an absent dad grows up feeling “incomplete”- and will really be challenged to close that hole. Men, ask yourselves: What is holding me back from being fully present in my child’s life and what changes can I make today to begin the restoration process? Failure to do so brings about another generation of adults who miss the mark in how they should care for and respond to their own families. Whether physically, emotionally, or spiritually.

Then there are the fathers who were raised by single mothers who go one of two ways.  They were either raised in a way that they understand the strength of a woman and what it means to be supportive of a woman and to open yourself up to others because that is what their mothers showed them.  They are then supportive of their children.  Or they grow up resentful and hurt because their mothers felt abandoned and end up abandoning their children in turn.

The contribution of fathers in the development of the youth is no small deal. When Father’s Day arrives, we feel obligated to call our dads, grandpas and other father figures to acknowledge how much we appreciate the things they do for us. For those who have lost that person, the day is one of reflection for what they taught us and the memories shared. Extensive research has shown that fathers make a world of difference in the lives of their children. This includes father figures who are emotionally invested and active in the lives of their children – at every stage of development. We all need to support the men in our lives and help them move forward in this new world, and the best way to do that is to start with the youth.  Young men learn by example and the best examples are those that  are willing to speak about the difficult topics. For all the men in our communities –  we urge you to find it within yourself to help mould the fathers of the future and help yourself in the process 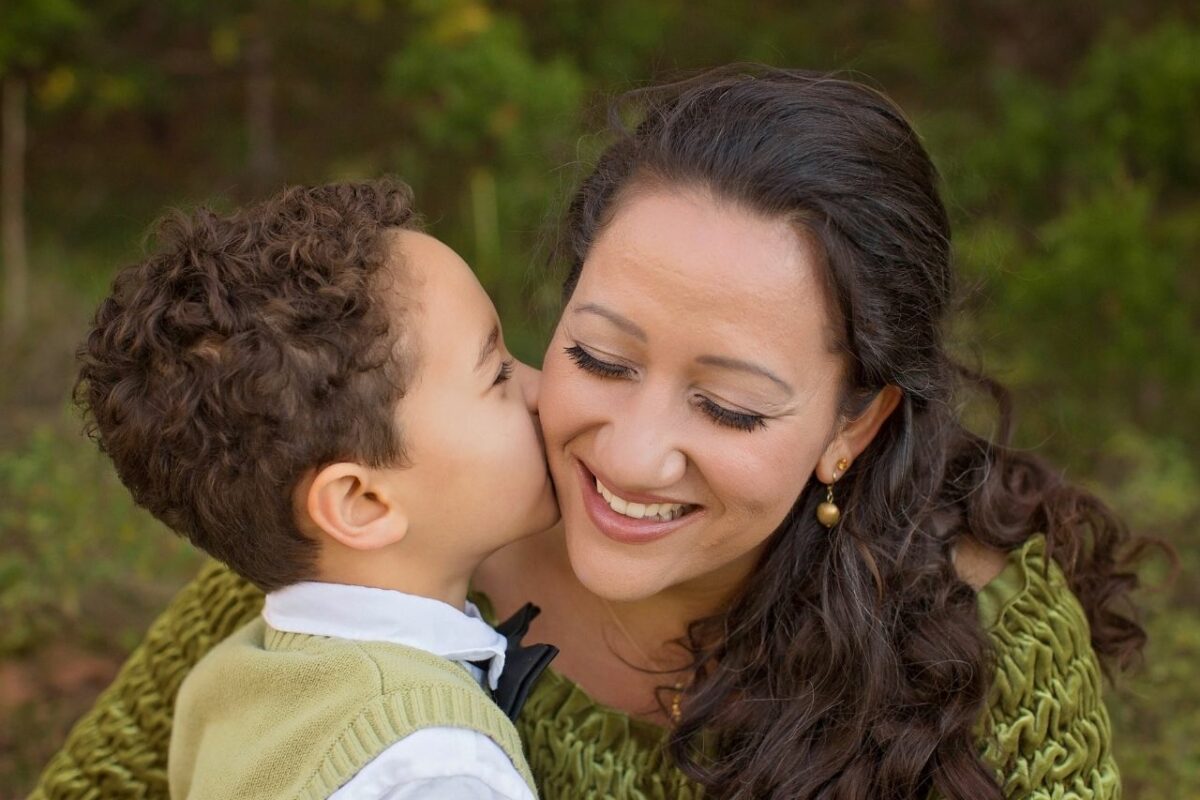 One day your entire life changed when you were put in charge of caring for another life. There are often certain pressures to be the perfect mother. This is common and may occur suddenly or during various phases of your kids’ lives. We understand the transition to becoming a mother is a vulnerable experience, both physically and mentally. It is only natural for you to want to do the best you can. Perfectionism can make you feel like a failure every day because you are not meeting the expectations you set for yourself, or that society seems to set.

When asking different Mothers what the Perfect Mother embodies, plenty of characteristics were highlighted, so the standard definitely IS different. There is beauty in this. What works for my home, may not necessarily work for your home.

Here is our advice for combatting the need to be the perfect Mother:

As a mother you carry your children forever in your heart so forgive and love yourself and that way you are free to show your children how much you love them. 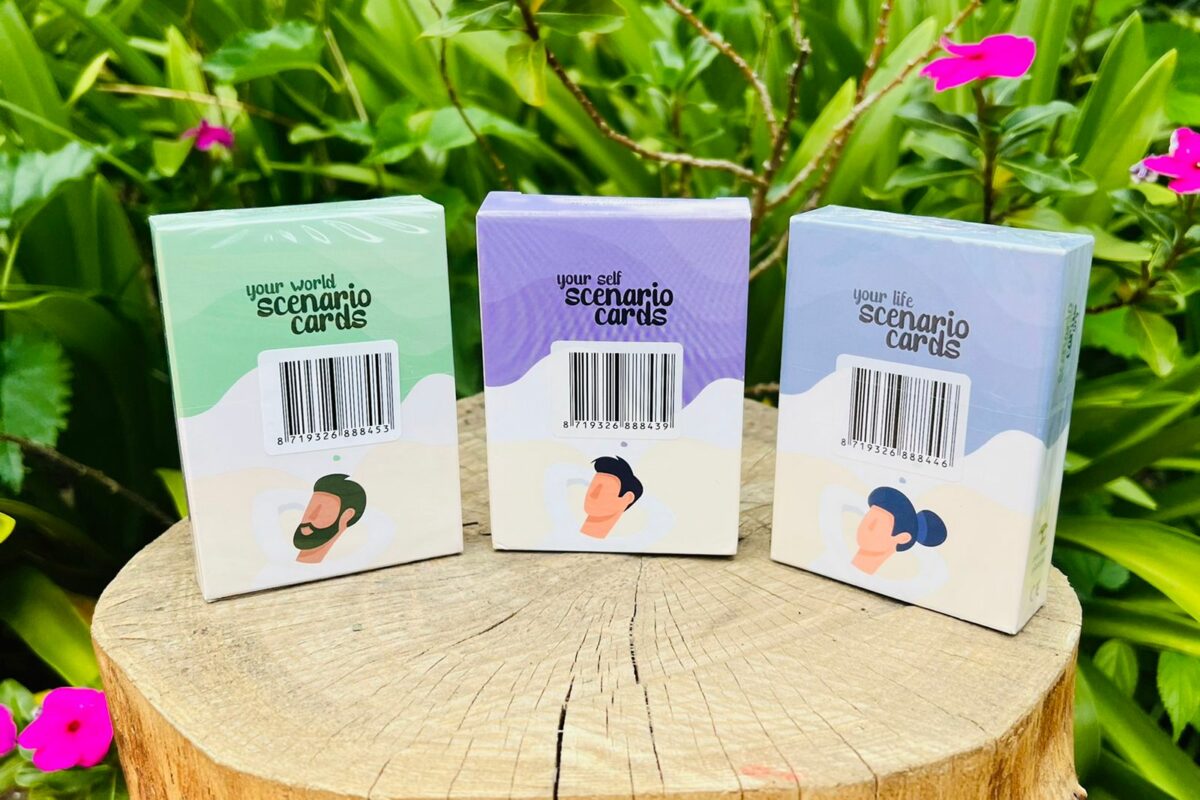 Having honest and meaningful conversations is what enables us to find common ground and engage with each other despite having different perspectives. These kinds of conversations leave us feeling better understood, more appreciated, and teach us more about ourselves as well as others.

With what the world has gone through during the pandemic, many people are feeling alone in a crowd and this has led to so many mental health issues. People are feeling isolated and unable to speak to others.

We are proud to introduce Scenario Cards. These cards were developed for people who wish to have deeper conversations with the people they care about. The powerful questions and prompts they contain will invite you to pause and reflect while feeling safe. The time to be gentle is now.

Say goodbye to small talk and enjoy better self-reflection. Scenario Cards can be used anywhere. Pull them out at a picnic, the dinner table, the beach or even the car. The possibilities are endless! For every pack purchased, a tree will be planted. 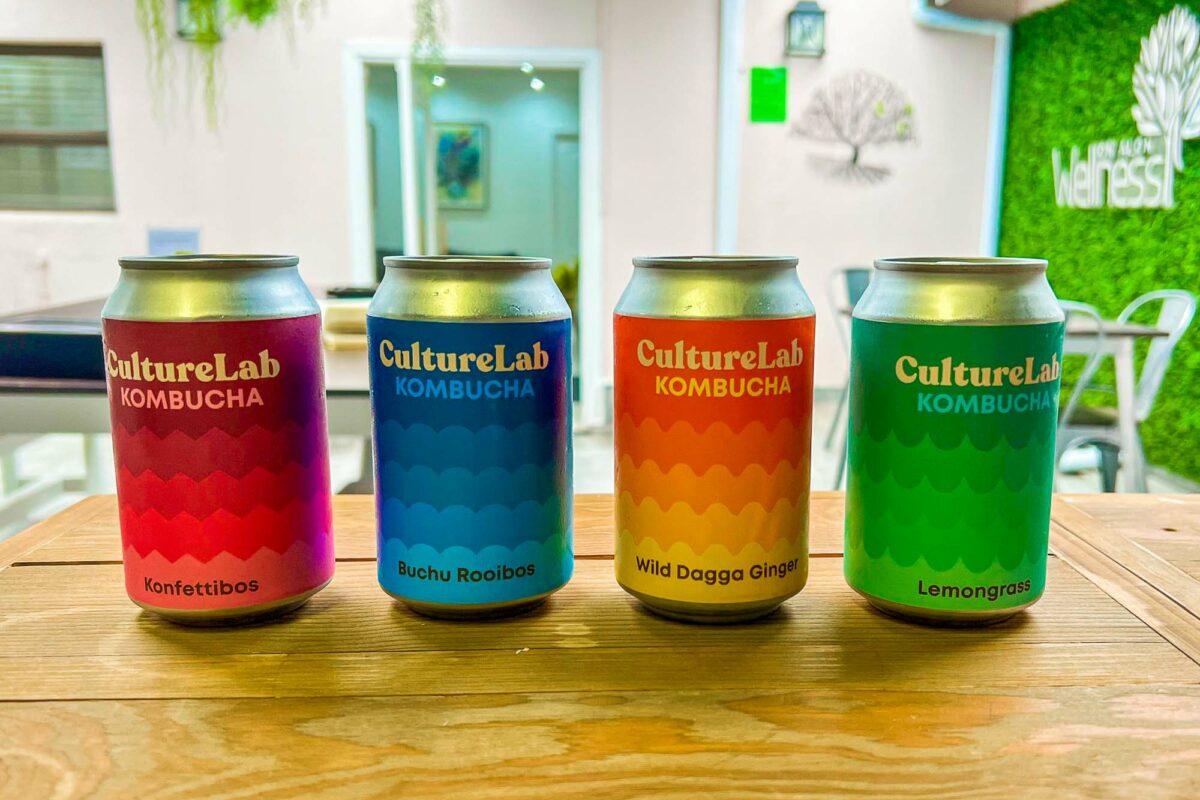 You may be thinking – what on Earth is Kombucha? As your Wellness Specialists, we’re here for you! Kombucha is a sweet, fizzy fermented tea that many people use as a health drink. It contains good bacteria that are known to boost your health.

Here are the Possible Health Benefits of consuming Kombucha: The Kombucha Conclusion

There’s limited research confirming the health benefits of kombucha but the drink has increased in popularity, with many people using it to improve their gut health and relieve other conditions, like depression, constipation, and inflammation.

Although it is popular, kombucha isn’t for everyone. If you’re pregnant, take medication, or have an existing medical condition, talk to your doctor to make sure kombucha is safe for you. 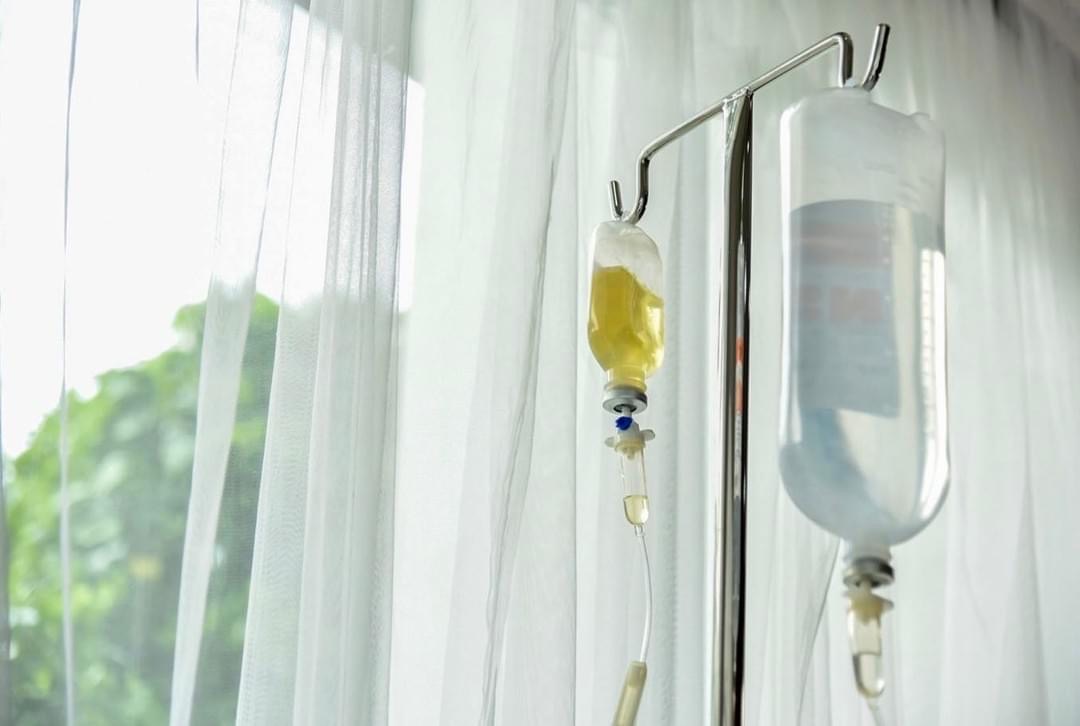 The days of only hospital patients receiving IV Drip Treatments are long gone. The future has arrived and many health-conscious people opt for this method to receive the vitamins, minerals and antioxidants their bodies require.

With IV Drips, your body receives nutrients directly into the bloodstream. This is done to bypasses the digestive system, which increases the amount of vitamins your body can absorb. The nutrients are instantly available, so your body can absorbs the maximum amount that can be, taking away the daily burden of remembering to pop a pill.

IV drips are a great addition to a healthy lifestyle.  Eating healthy and keeping active cannot be replaced by anything.

Hi, How Can We Help You?
Thanks for subscribing to our newsletter!
Please fill in and submit your contact details
No, thank you. Maybe next time.
100% secure.
Powered by

Need Help? Chat with us
Start a Conversation
Hi! Click our Logo below to start chatting on Whatsapp
The team typically replies in a few minutes.
Wellness on Alon
Wellness on Alon